While recovering from a severe back injury, in 1996, then SGT Corliss, US Army, stopped by the local military gym to check out the martial arts classes. He witnessed his first Aikido class and has been hooked ever since. He received his black belt in 2000, from Rick Brown Sensei of the Ten Chi Kai Aikido dojo.

From 2000-2016, Sensei taught Aikido from his dojo in Hawaii. In late 2016, Sensei moved to Maryland, opening the Takemusu Aikido of Maryland main dojo on Ft. Meade.

This year, 2017, will mark Sensei's 20th year in Aikido.
Assistant Instructor- Sempai (Senior Student)
Takemusu Aikido of Maryland Sempai Sean Decker has trained with Sensei since Hawaii in 2002. They have remained training partners and friends ever since. Sempai brings a wealth of experience to every class. Sean began studying Judo in 1994 with Gentle Ways Judo in Fargo, North Dakota. The style taught was a mixture of Zen Judo and classical Judo, focusing on proper technique and spirit of Budo. Sempai has found the study of Judo and Aikido, both of which draw from Japanese Ju-jutsu techniques and have very similar principles, blend for a richer understanding of "Masakatsu, agatsu" or "true victory is victory over oneself". 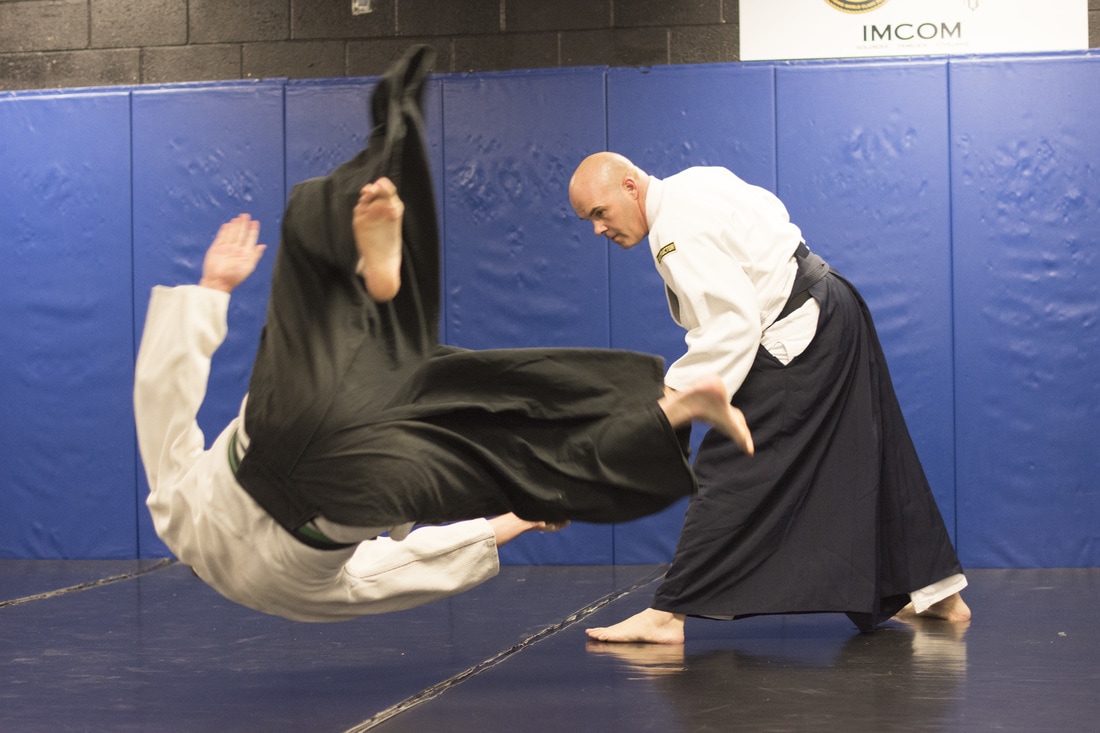 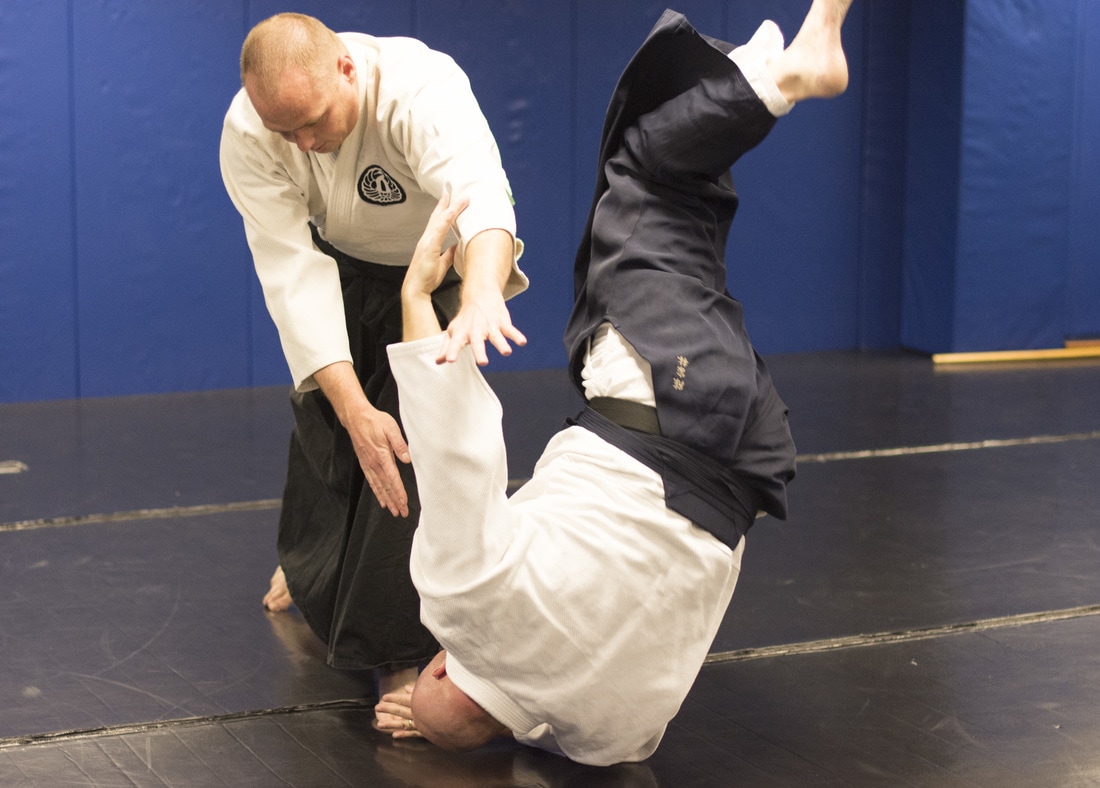 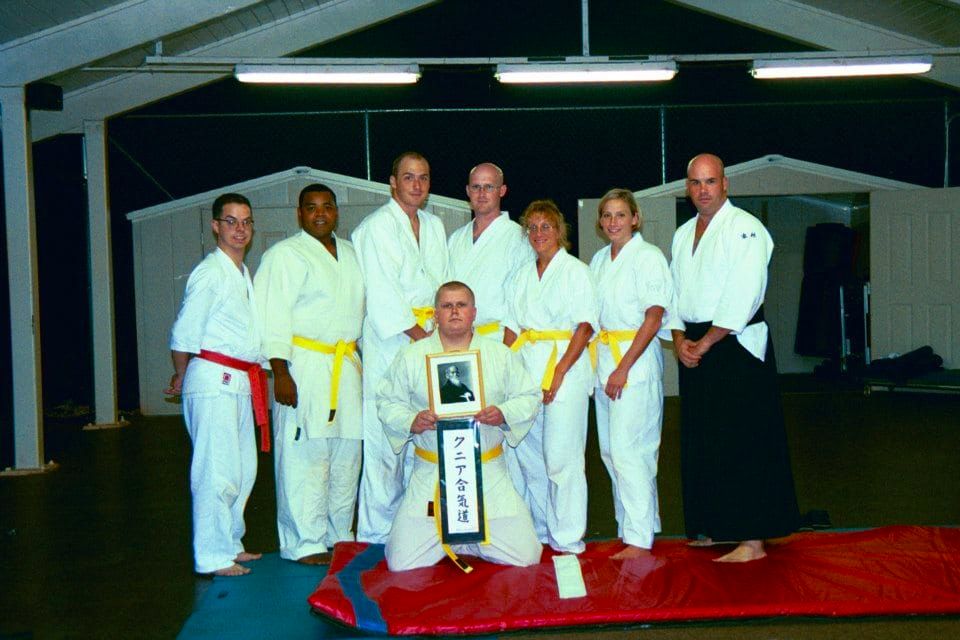 Sempai (the tallest one!) is seen here in Hawaii in '02. Sensei is on the right.